Journey keyboardist Jonathan Cain has a very busy holiday season planned with his famous band and his work serving as a minister at his wife Paula White-Cain‘s church, but first up he has some important familial Thanksgiving duties on his plate.

“I’m gonna be cooking a pretty extensive dinner like I usually do…Chef Jon,” he tells ABC Audio. “We’ll just have our close family and grandkids [over].”

Cain says he’s facing one major dilemma with his meal preparation, he’s been having a “big problem…finding a turkey.”

“Turkeys are, believe or not, scarce,” the 71-year-old Rock & Roll Hall of Famer, who lives in Florida, says with a laugh. “My little place [where] I bought my Amish turkey [last year is] unable to help me. I’m like, ‘Are you kidding me?’ So yeah, you can’t even get a turkey anymore.”

We won’t stop believing that Jonathan will be successful in his quest to find a big bird for his family’s holiday feast.

After Thanksgiving is over, Cain and Journey will head to Las Vegas, where the band will play a six-show residency at The Theater at Virgin Hotels that runs from December 1 through December 11, and a special symphonic concert at The Colosseum at Caesars Palace on December 18.

Cain, who recently released his latest in a series of solo Christian-music projects, an EP titled Oh Lord Lead Us, also has plans to host a Christmas concert. 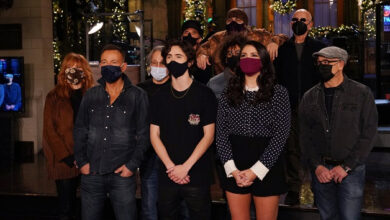