(SACRAMENTO, Calif.) — U.S. labor unions enjoy their highest level of approval in almost 60 years, as high-profile worker victories at Amazon and Starbucks have galvanized public support. However, union membership — the lifeblood of the labor movement — has fallen to a historic low.

The decline of labor power stems in part from federal labor law, since employers retain wide latitude to obstruct union campaigns, labor experts told ABC News. Businesses, in turn, often push down wages and weaken labor conditions in pursuit of a competitive advantage, exploiting the lack of worker representation at their firms, the experts said.

But a first-of-its-kind state law that California Gov. Gavin Newsom signed on Monday — as the U.S. celebrated Labor Day — could circumvent those challenges and transform the future of worker bargaining, the analysts said.

The law allows hundreds of thousands of fast food workers to bargain collectively over the terms of their work at large companies across the sector, rather than be forced to form a union at a single workplace and negotiate with one employer at a time. Using a newly created state-level council, California could raise pay and improve working conditions for the industry.

“Once this is up and running, fast food companies can’t compete against each other based on who can drive down labor costs as much as possible to make themselves more profitable,” she added.

The law made it through the California Senate by a margin of 21 to 12 last Monday, after the state assembly passed a version of the measure in January.

“One of the things that makes California a special place, by definition, is we’re the fifth largest economy in the world,” Newsom said on Monday in a video posted on Twitter by the Office of the Governor of California.

“But that didn’t happen by chance. We’ve long had a formula — a formula of success around growth and inclusion,” he added. “So many states forget the latter part of that formula.”

The law creates a 10-person council made up of industry and worker representatives, as well as two state officials, that could set standards across the sector on issues of health and safety, and impose an industry-wide minimum wage.

Angelica Hernandez, a crew manager at a Los Angeles-based McDonald’s, said she welcomes the potential to influence conditions at the company.

“They make us do the work of two to three people, and yet our salary is barely just enough for one person,” she told ABC News.

“Now, we’ll have a say to better represent what workers need across the industry,” she said.

McDonald’s did not respond to ABC News’ request for comment.

The law does have limitations. It puts a ceiling on a potential minimum wage for fast food workers at $22 next year. At that time, the statewide minimum wage will reach $15.50. Cost-of-living adjustments in the industry-wide minimum wage are required by the law but would not go into effect until 2024.

Moreover, decisions made by the sector-wide council will only apply to large companies with 100 or more locations nationwide.

The law marks a dramatic advance for the labor movement in its effort to organize workers, like those in fast food, who’ve struggled to improve conditions in their industries, said Mary Kay Henry, the president of the Service Employees International Union, or SEIU, one of the nation’s largest unions and a major backer of the law.

“We think this model is a gigantic step forward for workers who’ve been excluded since the beginning of time in our country,” Henry told ABC News.

SEIU supports efforts to spread the model to other states, including worker-friendly state houses in New York and Illinois, she said. Ultimately, she added, the union aims to enshrine the model into federal law.

“Over labor history, law has always followed the militant action of workers who are fearless and determined in making new models happen,” she said.

Some industry representatives have opposed the law. Michelle Korsmo, president and CEO of the National Restaurant Association, a trade group, warned that it will lead to increased costs for the fast food sector, which will place a significant burden on small businesses.

“It’s rare that a state legislature passes a bill that would hurt small businesses, their employees, and their customers,” Korsmo said in a statement, adding that this law “does just that.”

“This comes at a time when inflation is at record highs and families are struggling every month,” she said.

Some precedent exists for the law — both domestically and abroad. Workers routinely negotiate on a sector-wide basis in some European countries, including, for instance, fast food workers in Denmark.

A similar model raised wages for fast food workers in New York, where a statewide labor board in 2015 set the minimum wage for the industry at $15 per hour. It marked one of the first major victories for the Fight for $15, a labor movement that aimed to raise wages and unionize the fast food sector.

New York’s wage board — a statute that allows a governor to call a commission to investigate and raise pay for a given sector — went into effect during the New Deal era.

“Folks discovered this thing still existed, dusted it off, and tried it,” Shaun Richman, a labor scholar at State University of New York’s Empire College, told ABC News. “It made SEIU true believers of this process.”

Now, California has passed a law that will allow fast food workers to negotiate for pay and better conditions on an ongoing basis.

Featured Artist: Camarata And His Orchestra

Featured Artist: Camarata And His Orchestra 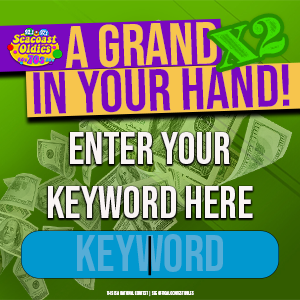