The album found the band moving in an edgier, louder direction after the massive success of its two mellower predecessors — 1991’s Out of Time and 1992’s Automatic for the People.

In an interview taped for an upcoming episode of the PBS series Speakeasy, R.E.M.’s Michael Stipe and Mike Mills share some recollections about Monster.

Stipe points out that, following Out of Time and Automatic for the People, “We were really at the top of our game…but they were really quiet records, and we were about to go on a tour and we needed louder songs. So we embraced…our collective love of glam rock from the early ’70s.”

Mills notes that guitarist Peter Buck, after focusing on acoustic instruments on the previous two records, “had rediscovered the electric guitar… [and] was ready to turn it back up.”

Echoing what Stipe said, Mills notes that as R.E.M. prepared for its first major tour in several years, “[we decided we] needed songs that will fill up a big space, and be joyous and loud and silly and fun.”

Not all the songs on Monster were silly and fun, however. The album also includes “Let Me In,” a tribute to their friend Kurt Cobain of Nirvana, who killed himself while R.E.M. was making the record.

Stipe says in writing the song’s lyrics, he found himself “crying out and feeling hopeless in the face of what he was facing and the…sadness and the depth of his depression, and trying to reckon with it.”

Check out full details about the 25th anniversary Monster reissue at REMHQ.com. 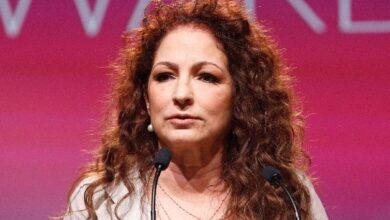