Richard E. Aaron/RedfernsThe sound of Minneapolis took over Los Angeles on Tuesday night, as a variety of stars celebrated the music of Prince at the taping of a Grammy concert special in tribute to the late music icon at the Los Angeles Convention Center.

Among the many singers and musicians who took part in the event were such Prince-associated artists as Sheila E., The Time, The Revolution, soul/gospel legend Mavis Staples and Bangles frontwoman Susanna Hoffs.

Sheila, who toured and recorded with Prince, served as the musical director for the show, along with founding Time members Jimmy Jam and Terry Lewis. Sheila performed her signature hit collaboration with Prince, “The Glamorous Life,” according to Billboard.

The Revolution, who recorded the Purple Rain album with Prince and were also featured in the film of the same name, performed the title track with Staples. They also jammed on “Delirious” and “Mountains.”

The original members of The Time — Morris Day, Jam, Lewis, Jellybean Johnson and Jerome Benton — who also were featured in Purple Rain, reunited with to play their hits “Jungle Love,” “Cool” and “The Bird.”

Hoffs was joined by Coldplay’s Chris Martin for a rendition of The Bangles’ “Manic Monday,” which was written by Prince.

The event closed with an all-star rendition of “Baby I’m a Star” from Purple Rain.

Let’s Go Crazy: The Grammy Salute to Prince, hosted by Maya Rudolph, will air in April on CBS. April 21 will mark the fourth anniversary of Prince’s death. 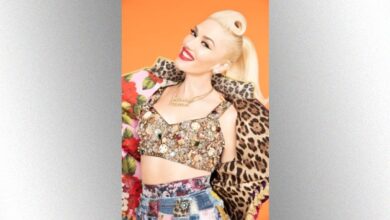