(NEW YORK) — The potential of a cross-country Christmas week storm hitting the U.S. is increasing.

The storm could cause numerous hazards, especially as it arrives on the East Coast on Christmas Eve. Its sharp cold front could bring Arctic blasts for Christmas.

After a blast of cold air hit the eastern U.S. on Saturday, much of the East is trending a little bit closer to seasonable. There are a couple of quick-moving systems that will travel through the Eastern and Central U.S. over the next few days.

The first one is a frontal system that will bring a quick burst of snow from Ohio to New York. Some of this snow might hang on and bring snow showers to the I-95 corridor Sunday.

The next disturbance will slide in from Canada Monday morning and bring with it a quick burst of snow to the upper Midwest. We are not expecting any significant accumulation, but there could be a couple of slick spots, and visibility may drop briefly.

In the Northwest, a storm is bringing very heavy rain. In areas such as Oregon and Washington, up to 8 inches of rain could fall. This could trigger mudslides, landslides and avalanches. Some flooding may also occur.

Attention will then turn to a storm system that will travel across the country for Christmas week. Unfortunately, even though the precise magnitude of the impacts remain uncertain, the storm looks like it will bring quite a bit of weather drama with it.

The storm could bring powerful winds on Christmas Eve and Christmas in the Northeast, a combination of heavy rain, mild temperatures and melting snow in the Northeast later this week and a potentially brief period of snow on the colder side of the storm — especially in the Appalachian Mountains.

It will arrive in the Northwest by Monday, and then bring some more rain and mountain snow before it races off into the Central U.S. by Wednesday.

On Wednesday, as the storm becomes more organized, a powerful cold front will develop and bring some heavy rain and strong thunderstorms, especially in the Mississippi River Valley.

On the colder side of the storm, snow will likely begin to wrap around the low pressure, causing a burst of snow in parts of the upper Midwest.

By Christmas Eve, the frontal system will approach the Eastern U.S. A tremendous amount of mild air ahead of the system will bring temperatures well into the 50s, and maybe low 60s in the Northeast, where there is a decent snowpack from last week’s nor’easter.

As the front approaches, very heavy rain is likely to develop. The combination of heavy rain and melting snow will likely cause flooding. Areas with high elevations, such as northeast Pennsylvania, New York, and Vermont, where locally over 2 feet of snow fell, are more at risk.

There could be flooding in the region as the storm approaches.

Also on Christmas Eve, there is a chance that along with heavy precipitation, there will be powerful wind gusts, especially in parts of the Northeast Coast. While it is too early to determine how strong the winds will be, power outages may occur.

Heavy rain and strong thunderstorms may also hit the Southeast on Christmas Eve. In the Appalachians and near the Great Lakes, there could be brief periods of accumulating heavy snow as well as low temperatures.

On Christmas Day, cold air will wrap around the storm system and surge into the U.S.

In the Midwest, wind chills could easily be in the -10s and -20s. Wind chills in the teens and 20s may also travel all the way to the South.

Meanwhile, the East Coast may experience very dramatic temperatures over the holidays. Parts of New Jersey could see temperatures near 60 on Christmas Eve, but single digits by Christmas night. 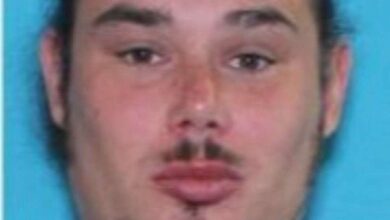