Jason Mendez/Getty ImagesDionne Warwick is not exactly thrilled about Wendy Williams‘ most recent comments about her.

During Wednesday’s episode of The Wendy Williams Show, Williams’ dished out her opinion about the legendary singer including her recent tweets that went viral over the weekend and a 2002 marijuana charge.

“I totally believe that she is doing her own tweeting, but I think that [Dionne’s niece] Brittani is her right hand… After Aunt Dionne does what she wants, after midnight, maybe after some bud,” the talk show host said, referring to a 2002 marijuana charge that Warwick has claimed she was framed for.

Shortly after, the 79-year-old singer took to Twitter to address the comments.

“A friend alerted me that Wendy Williams was spending a lot of not nice time speaking on me,” she began. “I tuned in to her show to catch the last few minutes of her speaking about me and as in the past she seems not to be able to speak without maliciously made comments.”

“My hope is my name will refrain from being spoken or thought of by her as this conversation was held a few years ago letting her know there was nor would be any need for her to say the name Dionne Warwick for any reason,” she continued. “I don’t believe one has to be mean to get noticed.”

“…There’s an old saying you can catch more flies with honey than with vinegar! Try it Wendy you might like it,” she concluded followed by the the clown and smiley face emojis.

Warwick went viral over the weekend after she poked fun at both Chance The Rapper and The Weeknd over their stage names. 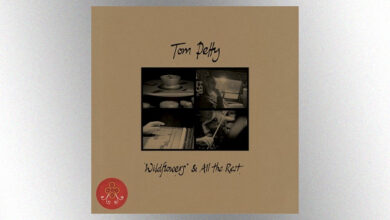 Watch new music video for Tom Petty tune “Something Could Happen,” from ‘Wildflowers & All the Rest’ box set