Vinnie Zuffante/Michael Ochs Archives/ Getty ImagesA new documentary focusing on the last year of John Lennon‘s life is being produced to coincide with the 40th anniversary of the Beatles legend’s death, according to Deadline.

The film, titled John Lennon: The Final Year, will look at Lennon’s return to music in 1980 after a five-year hiatus with Double Fantasy, his collaborative album with wife Yoko Ono.  The album was released shortly before his tragic murder in December of that year. The movie will include previously unseen archival material and interviews with people who spent time with John during his last months.

John Lennon: The Final Year is being co-produced in part by Beatles expert Ken Womack, who’s written a new book called John Lennon 1980: The Final Days in the Life of Beatle John. It’ll be published on October 9, which would’ve been Lennon’s 80th birthday.

U.K. film distribution company Drive currently is in the process of shopping the movie to broadcasters and steaming platforms around the world.

“This groundbreaking film gives exclusive access to people who were part of John Lennon’s life during his final year and sheds light on a part of his life that hasn’t been previously revealed,” Drive executive Lilla Hurst says in a statement. “We were fascinated by this story as soon as it was brought to us and we look forward to launching the film to the content industry.”

Adds Reda Films creative director Mark L. Reda, “You think you know the story of John Lennon, but this is the remarkable true story of the final year of the Beatle legend.”

Lennon was killed on December 8, 1980, by a deranged gunman outside his and Ono’s residence at the Dakota building in New York City. 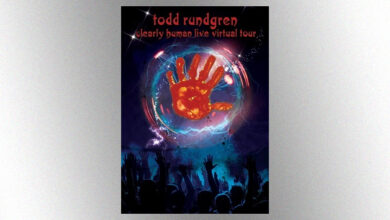 Album capturing Cactus' 1970 live debut due out this week