Shout! FactoryThe 2019 documentary Mystify: Michael Hutchence, which offers an in-depth, intimate look at the life and tragic, untimely death of the late INXS singer, will be released in the U.S. on DVD and Blu-ray on March 31.

The movie details Hutchence’s career triumphs, as well as his personal struggles and his death in 1997 from an apparent suicide at age 37. Mystify tells the singer story with the help of archival footage, private home movies and voice-over interviews conducted with Michael’s friends, family members, collaborators and admirers, including his INXS band mates, ex-girlfriend Kylie Minogue and U2‘s Bono.

The documentary delves into Hutchence’s aversion to rock stardom and media attention, and reveals how a head injury he suffered in an altercation deeply affected his ability to cope with life.

Mystify was written and directed Richard Lowenstein, a longtime friend of Hutchence’s whose credits include many classic INXS videos and the 1986 film Dogs in Space, which starred Michael.

The DVD and Blu-ray of the doc offer a bevy of bonus features, including video segments in which Hutchence discusses the formation of INXS, his experiences making movies and videos, his love of motorcycles, the use of his band’s music in commercials, his work with his side project Max Q, and more. The extra content also includes features in which Michael’s friends and associates share recollections about the last days of his life and finding out about his death.

The Mystify: Michael Hutchence DVD and Blu-ray are available for pre-order at ShoutFactory.com and Amazon.com. The film also was released in the U.S. this month as a digital video and via on-demand services.

Don't tell me 'cause it hurts: Gwen Stefani marks the 25th anniversary of “Don't Speak” 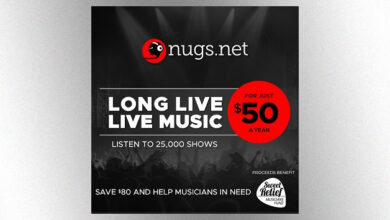 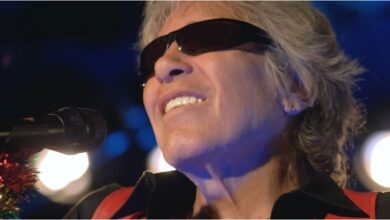