(NEW YORK) — A pandemic of the novel coronavirus has now infected more than 68.4 million people and killed over 1.5 million worldwide, according to real-time data compiled by the Center for Systems Science and Engineering at Johns Hopkins University.

Here’s how the news is developing Wednesday. All times Eastern:

There were 9,243 new cases and 75 new deaths recorded Wednesday, according to the health department. The county has seen 475,271 total cases and 8,075 total deaths during the pandemic.

“The more terrible truth is that over 8,000 people who were beloved members of their families are not coming back and their deaths are an incalculable loss to their friends and their family, as well as our community,” Ferrer said while breaking down in tears.

Roughly 3,200 people currently hospitalized with COVID-19 in Los Angeles, 23% of whom are in the intensive care unit and 15% on ventilators, according to the health department.

“Given that we are just now seeing the hospitalizations from the Thanksgiving holiday, we anticipate that the number will continue to grow over the next few weeks with potentially 700 new daily COVID hospitalizations in just one week from now,” Dr. Christina Ghaly, director of the LA County Health Services Department, said.

The Big Ten Conference Administrators Council voted Wednesday to eliminate the game minimum requirement for teams to play in the conference championship, clearing the way for Ohio State to play for the title despite only playing five games this season due to COVID-19 cancellations.

Among the cancellations was this weekend’s game against University of Michigan after Michigan reported “an increasing number of positive COVID-19 cases and student-athletes in quarantine.”

The conference said, “The decision was based on a competitive analysis which determined that Ohio State would have advanced to the Big Ten Football Championship Game based on its undefeated record and head-to-head victory over Indiana regardless of a win or loss against Michigan.”

The conference had voted prior to the season that a team must played at least six games to qualify for the title game.

California Gov. Gavin Newsom has ordered regions to follow a stay-at-home order if their intensive care unit capacity falls below 15%.

The San Joaquin Valley and Southern California regions have already met this criteria and are under stay-at-home orders until at least Dec. 28.

The Greater Sacramento region now meets the criteria and a stay-at-home order will go into effect there the night of Dec. 10.

Northern California and the Bay Area are the two remaining regions with ICU capacities above 15%.

Once the FDA approves the Pfizer/BioNTech vaccine, 2.9 million doses will go out immediately in the U.S., said Gen. Gus Perna, commander of the Army Materiel Command. The second batch of 2.9 million will be close behind, within 21 days, Perna said.

Twenty million Americans are expected to be vaccinated by the end of 2020, Health and Human Services Secretary Alex Azar said.

“We remain confident that across our portfolio of multiple vaccines, we will have enough doses for any American who wants a vaccine by the end of the second quarter of 2021,” Azar said.

After two allergic reactions to the Pfizer/BioNTechvaccine were reported in the United Kingdom, Moncef Slaoui, Trump’s chief scientific adviser on vaccines, told reporters, “The expectation would be that subjects with known severe reaction, allergic reaction, should not take the vaccine, until we understand exactly what happened here.”

Dec 09, 4:10 pm
US marks deadliest week since beginning of pandemic

The last week marks the deadliest week for the U.S. since the beginning of the pandemic, with 15,578 deaths — roughly equivalent to 92 deaths reported every hour.

There has not been a single day with less than 100,000 daily cases for the last five straight weeks, according to an ABC News analysis of data compiled by the COVID Tracking Project.

In the last week alone, the U.S. has reported 1.4 million new COVID-19 cases, more than any other week on record, and equivalent to 1 in every 231 Americans testing positive.

With numerous days now over the 200,000 mark, the seven-day average of new coronavirus cases has increased by 87% in the last month.

Pennsylvania Gov. Tom Wolf said he tested positive for COVID-19 on Tuesday and is isolating at home.

“I have no symptoms and am feeling well,” Wolf said in a statement. “I am continuing to serve the commonwealth and performing all of my duties remotely.”

Wolf’s wife has been tested and is awaiting results.

A record 590 new fatalities were reported in Germany on Wednesday, beating the record previously set Tuesday of 568 new deaths, the Robert Koch-Institute reported.

“A reversal of this trend so far is not in sight,” German Deputy Government spokesperson Martina Fietz said, adding that in some regions, hospitals are reaching their limits.

“With more than 4,200 people in intensive care, the number is considerably higher than in the spring,” Fietz said.

Over 1.2 million people in Germany have been diagnosed.

Canada has authorized the Pfizer vaccine, becoming the third country to do so after the United Kingdom and Bahrain.

Canada’s health department said, “after a thorough, independent review of the evidence, Health Canada has determined that the Pfizer-BioNTech vaccine meets the Department’s stringent safety, efficacy and quality requirements for use in Canada.”

Baltimore will shut down indoor and outdoor dining beginning Friday, said Mayor Brandon Scott, who was sworn in on Tuesday.

Restaurants can offer takeout and delivery.

The new rules come as Maryland reported a record number of hospitalizations during the pandemic — 1,715 patients — surpassing the previous peak in April.

Giuliani said he will isolate for a few more days “because the way they calculate it, I probably got it [the virus] about seven, eight days ago.”

Seven days ago, Giuliani was in Michigan, testifying at the state’s House Oversight Committee hearing for suspicion of voter fraud. The next day, he appeared at a hearing at the Georgia Senate Judiciary Committee to contest that state’s results.

Dec 09, 10:34 am
Fauci: Speed of vaccine development ‘was not compromising safety’

Dr. Anthony Fauci stressed Wednesday that the speed of vaccine development “was not compromising safety, nor was it compromising scientific integrity.”

“The speed is really a reflection of the extraordinary scientific advances that have been made that allowed us to do things in weeks to months that normally would have taken several years,” Fauci explained at the Johns Hopkins Bloomberg School of Public Health Summit. “The process that went into deciding the safety and efficacy was both independent and transparent.”

“We’ve got to be doing a lot of community engagement and community outreach to get people to understand,” Fauci said.

An 83-year-old passenger on board Royal Caribbean International’s Quantum of the Seas tested positive for COVID-19 on Wednesday, Singapore’s Ministry of Health said in a statement.

The passenger had reported to the ship’s medical center with symptoms and was tested with PCR equipment on board. The 83-year-old was immediately isolated after getting the results.

Close contacts of the individual have tested negative and have been quarantined.

Singapore’s National Public Health Laboratory will re-test that sample and a second sample will be taken to verify the results.

An epidemiological investigation has been initiated and contact tracing is in progress, the Ministry of Health said. The remaining passengers and crew will remain on board until contact tracing is complete. All passengers will undergo mandatory COVID-19 testing before they are allowed to leave the terminal at Marina Bay Cruise Centre.

Authorities in the U.K. were investigating reports of two allergic reactions to the coronavirus vaccine from Pfizer/BioNTech — a day after the country started its historic inoculation program.

Dr. June Raine, head of the U.K. regulatory body Medicines and Healthcare products Regulatory Agency (MHRA), said the agency was looking at two reports of allergic reactions to the vaccine, which rolled out yesterday.

“We know from the very extensive clinical trials that this wasn’t a feature but if we need to strengthen our advice… we get that advice to the field immediately,” said Raine.

The vaccine is believed to be both safe and 95% effective, according to Pfizer/BioNTech. The U.S. Food and Drug Administration is set to hold a hearing for emergency use of the drug on Thursday.

“There have been two cases of anaphylactoid reactions in individuals with a strong past history of allergic reactions both of whom carried an adrenaline auto injector,” the National Health Service (NHS) said in a statement on Wednesday. “These individuals developed symptoms of anaphylactoid reaction shortly after receiving the vaccine. Both recovered after appropriate treatment. We are seeking further information and will issue further advice following investigation.”

Pfizer/BioNTech have not yet commented on these latest findings.

Russia registered 26,190 new coronavirus infections and 559 fatalities linked with the virus over the past 24 hours, officials said on Wednesday.

In Moscow, 5,145 new infections and 75 fatalities have been confirmed over the same time, according to official information.

The all-time high of 29,000 new cases was registered just last weekend but since then the number has been declining.

Since the start of the pandemic, Russia has confirmed 2,541,199 coronavirus infections and 44,718 deaths, officials have said.

Former U.N. Ambassador Nikki Haley has announced on Twitter that her sister-in-law Rhonda Lee Nelson has died from COVID-19.

“Today we said goodbye to Michael’s sister, Rhonda, who passed the day before Thanksgiving of Covid. She ministered to many inside and outside of the church. She loved God, her family & all who knew her. She will be missed,” Haley said in her tweet.

No other details were provided regarding Nelson’s death but the seven-day rolling average of daily new cases in the state of Ohio has been on the rise in recent weeks.

This dog is winning Halloween with his 31 amazing costumes

This dog is winning Halloween with his 31 amazing costumes 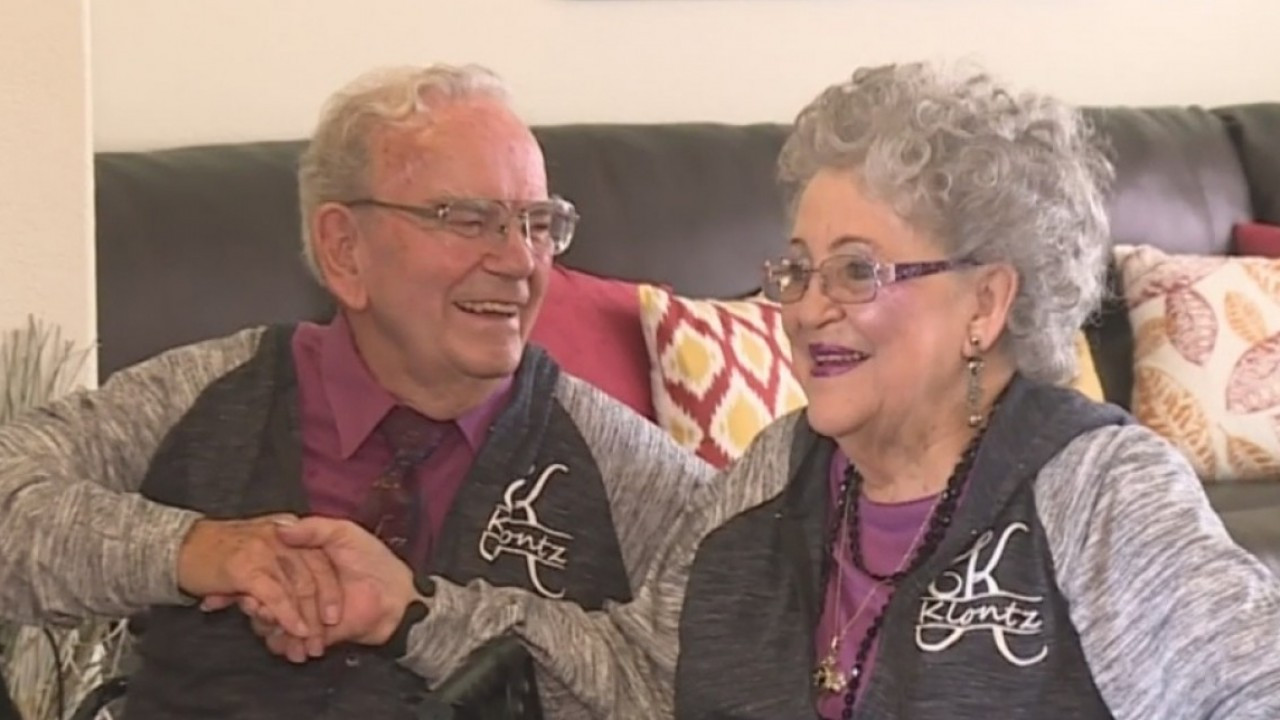 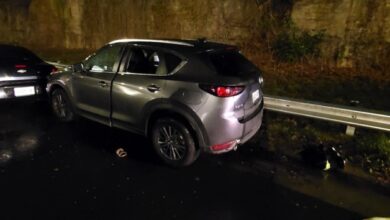